The Complete Guide to Piano Scales

Learn to play and practice scales with our simplified, practical approach

Contents
Add a header to begin generating the table of contents

Piano scales are incredibly valuable tools for any pianist, from the newest beginner to the most seasoned professional. They provide the technical and theoretical building blocks that will help you understand the patterns that comprise any style of Western music.

Practicing scales will drastically improve your knowledge and technique on the piano and provide you with an essential toolkit that streamlines your entire learning process.

What are scales, and why are they important?

Scales are the building blocks that are used to construct melodies and musical ideas. They are sets of ordered notes that, when played in various combinations, turn into recognizable music.

Scales are important because they appear (in many variations and combinations) in music all the time. Whether you’re playing classical music, jazz, rock, Broadway tunes, or Christmas carols, and regardless of the level, from beginner to very advanced pieces…You’re going to find scales within your music.

Because you can be fairly sure you’ll encounter scales of some form in the music you play, it’s extremely helpful to have the patterns of the scales “programmed” into your fingers – like templates you can employ at will – so that you won’t have to learn everything you see in your music from scratch. If you already know the scale patterns, you already know a significant percentage of any new piece you start learning. Needless to say, this makes you a much faster learner and makes the learning process a lot more streamlined and enjoyable. 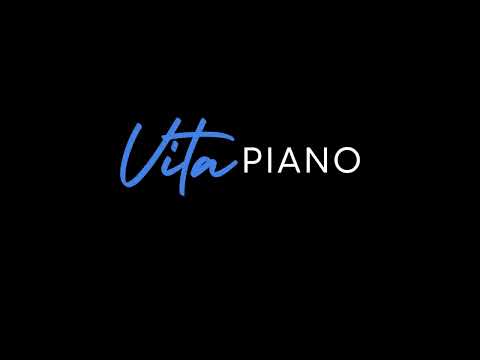 How to build scales on the piano

Scales are built according to particular patterns of intervals on the keyboard. The most common types of scales are Major and Minor scales. Each has a distinct set of characteristics. We’ll start with major scales.

The anatomy of Major Scales

Major piano scales are the most common type of scales. The major scale is defined by the interval relationships inherent in each step of the scale.

Need to brush up on intervals? Check out our quick guide here.​

Major scales are defined by a specific pattern of whole steps (major seconds) and half steps (minor seconds) the pattern is:

No matter what key you’re in, this pattern of whole steps and half steps stays the same. This is why every major scale has a similar sound.

The anatomy of Minor Scales

The Natural Minor scale retains the notes of the key signature. This version is mostly used for theory purposes and you will rarely see it used in actual music. This is because it lacks a leading tone (half-step below the root) making it lack a sense of direction and resolution.

The Harmonic Minor scale has a sharped (#) or raised 7th scale degree to achieve the leading tone that is absent in the natural minor form. This form of minor scale is much more commonly found in practice.

The Melodic Minor scale is unique and a bit tricky to grasp at first. This is because it is played differently depending on if you are ascending or descending through the notes. In the melodic minor, both the 6th and 7th scale degrees are sharped (#) if you’re going up the scale, but on the way down, the scale reverts back to the natural minor form.

In each scale lesson, you’ll find detailed instructions for playing and understanding each of the three versions of minor scales. But for simplicity, the following list will show the natural minor version.

Other common types of scales

The blues scale is a progression of six consecutive tones that is commonly used not only in blues, but in other forms of jazz, rock, country, and even classical music.

Basically, the blues scale is a form of pentatonic (5-note) scale with a single added chromatic note, sometimes called the “blue note,” which is placed an augmented fourth (also known as a diminished 5th or “tritone”) above the root. So, for example, in a C blues scale, the notes would be C-Eb-F-F#-G-B, with the F# being the “blue note.”

Whole tone scales, as their name implies, consist entirely of whole steps and are devoid of any half-step leading motion. This makes them sound very open and are great for conveying different atmospheric effects on the piano.

The term “pentatonic” simply means five notes, and pentatonic scales come in many combinations and are employed for a variety of reasons in different styles of music. One of the simplest pentatonic scales can be found simply by playing all the black keys on the piano.

Modes, sometimes known as church modes, have their roots in the middle ages, but are most commonly used today in pop, rock, and jazz contexts. Two of the modes, Ioanian, and Aeolean, became what we know today as Major and Minor respectively. Stay tuned for the complete guide to piano modes, which we’ll be releasing soon!

Get notified when we release new content, courses, and lessons.